In Focus: A Sculptor Creating 21st Century Art From The Detritus Of 20th Century Life 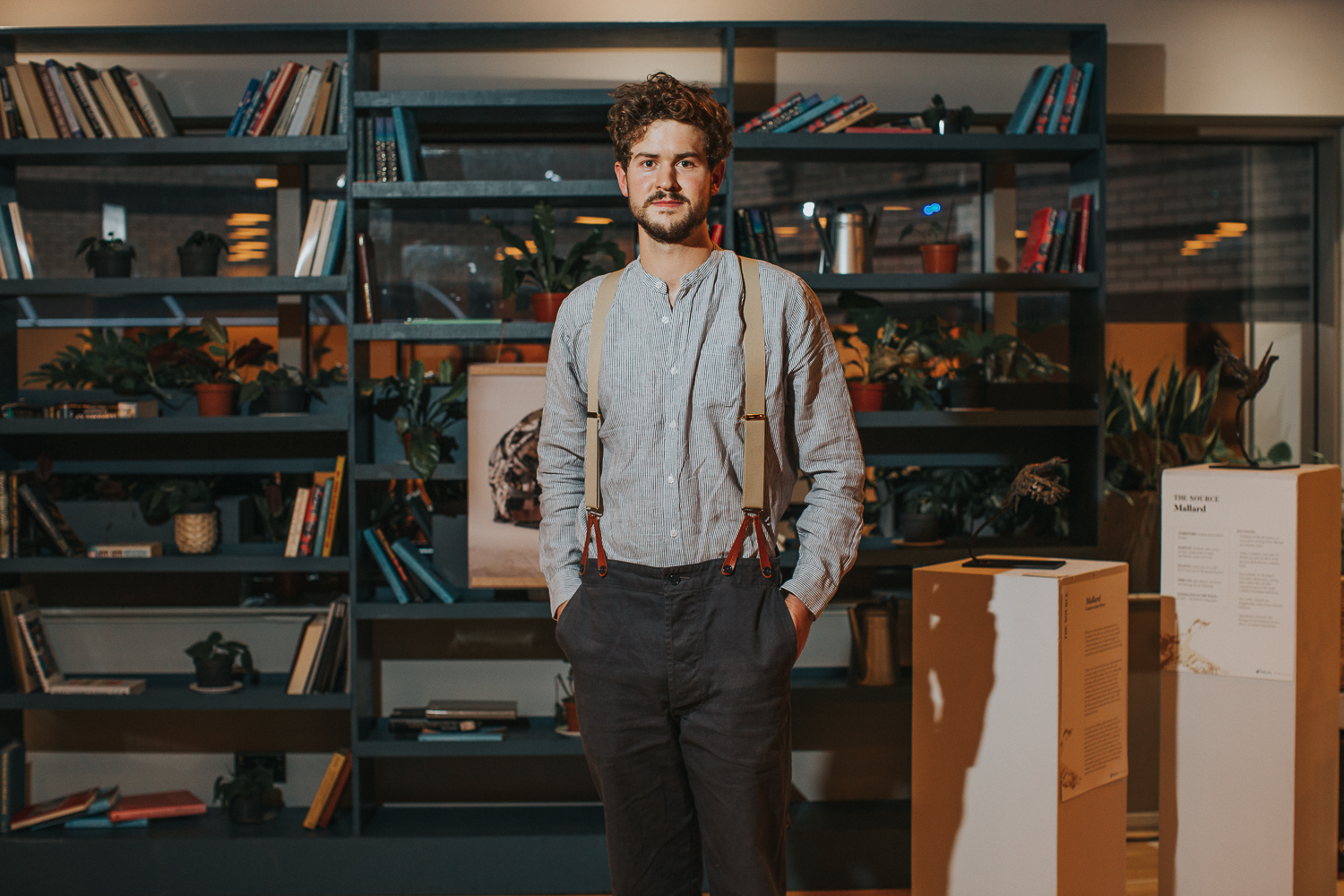 You're more likely to find artist James Wild hunting through a scrapyard than to find him among the normal haunts of artists, as he seeks materials and inspiration for his work. Lilias Wigan reports.

At a time when global welfare is at its most exposed, it seems a good time to look at art that questions what is important — and in this instance, take a look at the work of a young Cornish sculptor, James Wild, whose work reuses waste materials.

Wild’s favoured medium is scrap metal and offcuts recovered from scrapyards, material that was formerly functional but is now useless. Wild’s sculpting projects also have a charitable slant, raising awareness and funding for environmental protection across the world.

As a schoolboy, Wild did a project on movement and studied Edvard Muybridge’s seminal nineteenth-century photography on animal locomotion. After painting a series of canvases of horses galloping, he began working with metal, experimenting with an idle welding booth that was school property.

Inspired by carvings on the Parthenon, he made a horse’s head from waste metals; interest led to commissions and he dedicated more of his time to sculpting wildlife.  Having landed an apprenticeship as a blacksmith in Cornwall, he was allowed to use the workshop as payment.

Wild continued to develop an elaborate style and became increasingly interested in the eccentricities of each beast, closely studying the quirks and foibles of zoo residents. He is drawn to the most recognisable pieces of scrap – tools, car engine parts and obvious utensils such as keys or spoons: ‘one could become an eye socket or another, an ear’. After welding the fragments in his studio – an old stable in Buckinghamshire – he casts them in bronze. Ever resourceful, even dust is swept from the studio floor and often used in the paint finish.

On close inspection, each animal reveals itself to be an amalgamation of obscure, unrelated materials. Nuts and bolts, paperclips or prongs can be found in the distinctive features, morphing together to create fully formed, familiar creatures.

In 2017, Wild created Cobbler’s Green Monkey for a hotel in Barbados – his first international commission. Sculpted from a tangle of parts, from bicycle chains to spanners, the monkey strides beneath the palm trees, eyeballing guests. Wild sprayed the surface with a coating of powdered bronze mixed with resin, using heat and wire wool to experiment with the patina and wonderful tonality of the finish.

Wild’s focus is also on protecting biodiversity in the animal kingdom, with particular concern for the often-overlooked species he sculpts. Twenty percent of proceeds from his ONEWILD exhibition last year was donated to conservation charity Fauna & Flora International (FFI), whose mantra — challenging us to think about lesser discussed, but equally vulnerable animals, such as the hammerhead shark, grey wolf or orangutan — he supports strongly.

One of those species featured in Wild’s first major public work, The Sumatran Orangutan (2019), commissioned by the Eden Project in Cornwall. Locally known as ‘Monty’, the ape is depicted sitting in the middle of the rainforest, reminding us of the threat orangutans face because of deforestation in their habitat.

Although animal subjects have made up the bulk of his work for the last decade, Wild has more recently taken an abstract approach. Later in 2019, he formed a two-metre-wide hollow circle from steel titled One, which stands near Rock in Cornwall. For this, he used Corten steel – the industrial metal employed by contemporary giants such as the sculptor Richard Serra – being drawn to its natural process of oxidisation, surface weathering and eventual rust-orange shade. The landscape setting is fundamental to his vision for the piece; he likens its circular shape to a lens, which focuses in on its surroundings, and centres the eye on specific features. Such a simple, spherical form conjures up questions about nature’s cycle.

Wild’s most recent undertaking is an expansion of his circular sculpture to the daunting scale of a double-decker bus. He has once again been resourceful, this time taking 300-year-old milled steel fencing ‘with wonderful pitting’ from the Trewithen Gardens Estate in Cornwall, cutting it up and piecing it back together into simple circular form. The sculpture will be erected in the grounds of the estate among camellias and rhododendrons — ‘a portal onto another world,’ as Wild describes it.

Find out more about James Wild and his sculptures at www.jameswildsculptures.co.uk

Sign up to my newsletter to receive updates from the workshop